Ushimado marine institute in Ushimado Marine Biological Laboratory has been studying the genome evolution and molecular interactions in animal-algal symbiosis using green hydra, a cnidarian like coral, and Praesagittifera naikaiensis, which can be collected in the Seto Inland Sea. Understanding the animal-algal symbiosis mechanism is expected to serve as a basis for environmental conservation and industrial use, as well as a model for achieving carbon neutrality. 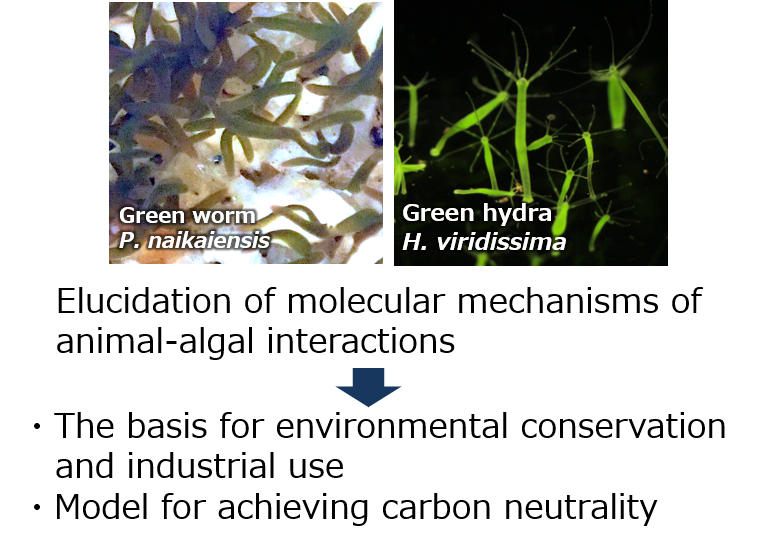