Studies on the growth of coral reef

Scleractinian corals are well known for their vigorous calcification which support high biodiversity in coral reefs where many people are living. Although the skeletal growth of such a reef building coral itself support growth of coral reefs, it has been concerned that global warming and ocean acidification would have negative impact on the growth of corals. The goal of this study is to clarify the mechanism of growth of coral skeleton and then evaluate the impact of environmental stresses on the skeletal growth. Also based on the corroborating research with Indonesia, reconstruction of climate changes and its impact on local coral reefs will be conducted. Knowledges requiring for maintain and recovery of healthy coral reefs would be accumulated through this study.

Propelling the study using new geological methods or proxies. Exploring interdisciplinary study with biology and/or climate modelling. Interaction with researchers and students in other country having coral reefs like Indonesia. Educating the basic knowledges, current problems concerning coral reefs and importance of keeping the healthy ecosystem. 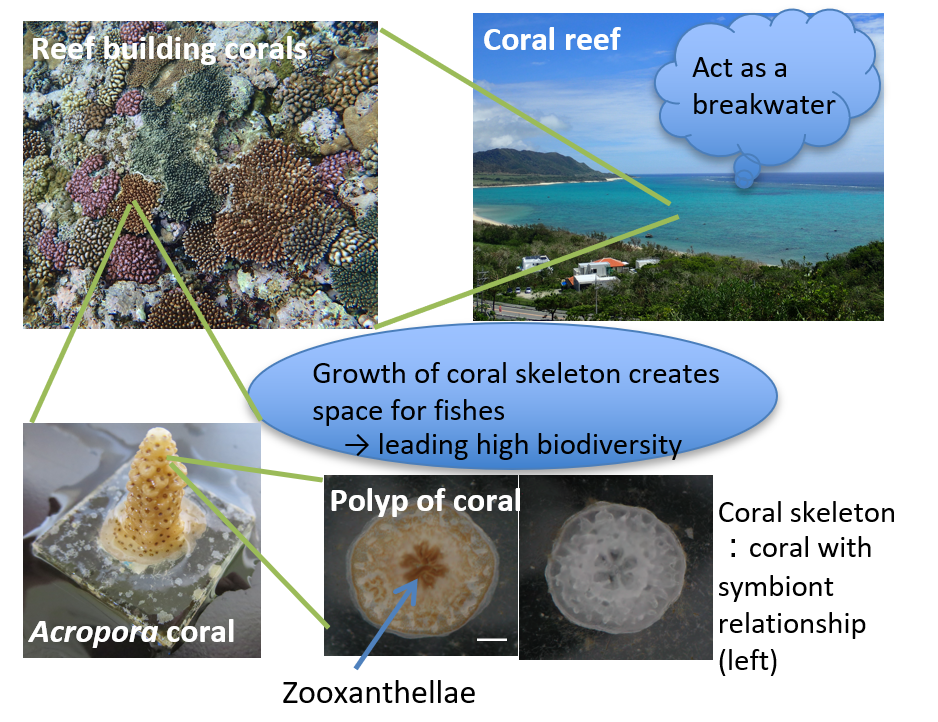